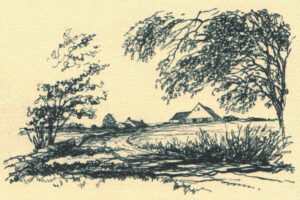 According to Linda Pate in her Master’s thesis, The Founding of Sanborn Mills in Pre-Revolutionary New Hampshire (2004) the Sanborns and the Bachelders of Loudon can both trace their ancestry to the Reverend Steven Bachilor who immigrated to North America from England in 1663.

When the first sawmill was built in what was then Canterbury, the forests of New Hampshire and wood products literally fueled the economy of the burgeoning British colonies. As the seacoast became more populated, more and more young men struck out for the interior, seeking opportunities and independence.

Ruth Sanborn King, who grew up on Sanborn Mills Farm, states in her book Listen to the Crickets – A Memoir Life in New Hampshire in the Early Twentieth Century (2009), “Every town had one or more water-powered sawmills until the late 1900s.  Subsequently, many mills ceased operation. According to a publication of the U.S. Department of Agriculture, there were 831 sawmills operating in New Hampshire in 1890. However, fifteen years later in 1905, there were only 278.  As the population increased, people began building homes and factories around these mills. In time, the mill sites developed into villages and cities.” (pg 5) 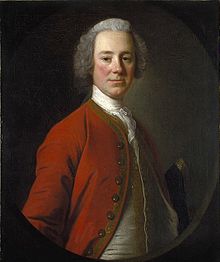 In 1773 forty-five citizens of Canterbury, including John Sanborn, signed a petition for Loudon to be set off as a separate parish.  According to Ruth Sanborn, “They chose the name of Loudon in honor of Lord Loudoun, John Campbell, the fourth Earl of Loudoun. He was the British commanding officer sent in 1756 at the time of the ongoing French and Indian Wars “with complete military authority in the colonies.” *

Listen to the Crickets is published by Lulu Press in 2009 and is available at Sanborn Mills Farm. 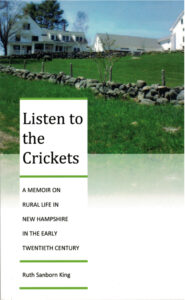