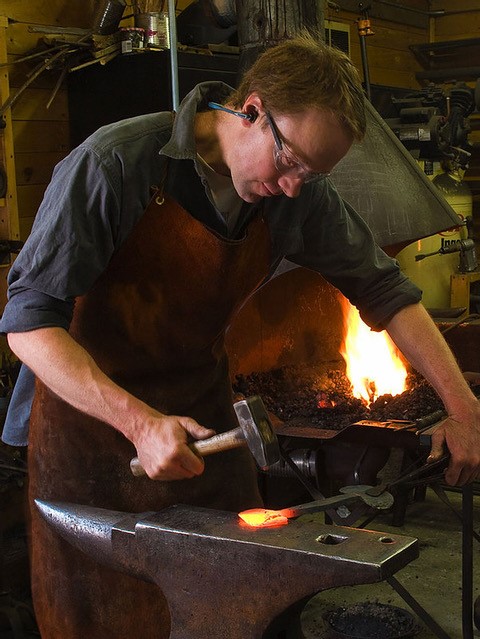 Lucian started blacksmithing in 1992 to make his own tools for homesteading. Since then he has taken detours through architectural ironwork, early American door hardware, and other realms of the craft. He has demonstrated to blacksmithing associations from the Pacific to the Atlantic and occasionally teaches at folk schools. He is once again focused on making tools – mostly for woodworking, basketry and cooking.

When he is not at the forge, he has a habit of wandering the woods and enjoys making things for everyday life, like serving spoons, prosciutto and stacks of firewood.