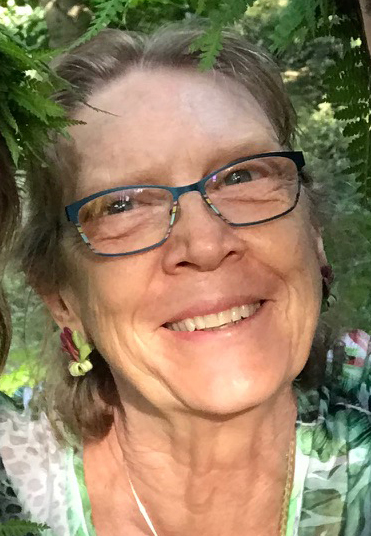 Lynn J Martin Graton lives on Hawaiʻi Island and has a background in a variety of artistic mediums. She is currently working primarily in fiber arts – focusing on loom weaving, surface design, and a range of basketry traditions including traditional coconut frond weaving of the Pacific Islands. Lynn has held a number of solo exhibitions and has participated in many group exhibitions. Her artwork can be found in the permanent collections of the East-West Center and the Hawai`i State Foundation on Culture and the arts. An active photographer, Lynnʻs images have appeared in a number of exhibitions and publications including the covers of two Smithsonian Folklife Festival program books.

Her career was spent as a folklorist and arts administrator working for the Hawaiʻi State Foundation on Culture and the Arts (1983-1998), the New Hampshire State Council on the Arts (1998-2014), and the historic Sanborn Mills Farm in central New Hampshire (2014-2019). As a folklorist she curated exhibitions and concerts to honor tradition bearers, produced a number of audio recordings and publications, and oversaw major folklife festival programs including four in connection with the Smithsonian Institutionʻs Center for Folklife and Cultural Heritage. Her last five years at the NH arts council, was spent serving as Executive Director overseeing strategic planning, public art projects, and grants to major nonprofits.

Lynn holds a M. A. Degree in Pacific Island Studies from the University of Hawai`i Manoa (UHM) with a focus on Pacific art history, received under scholarship from the East-West Center. She holds a B.A. in Art (ceramics and sculpture) and secondary art education certification from the University of Guam. From 1971 to 1974 she studied oriental art history at Sophia University in Tokyo and studied ceramics with Inaku-sensei on the Izu Peninsula.

Learn more about Lynn on her website or connect with her on LinkedIn!