A Beautiful Day for a Rye Harvest 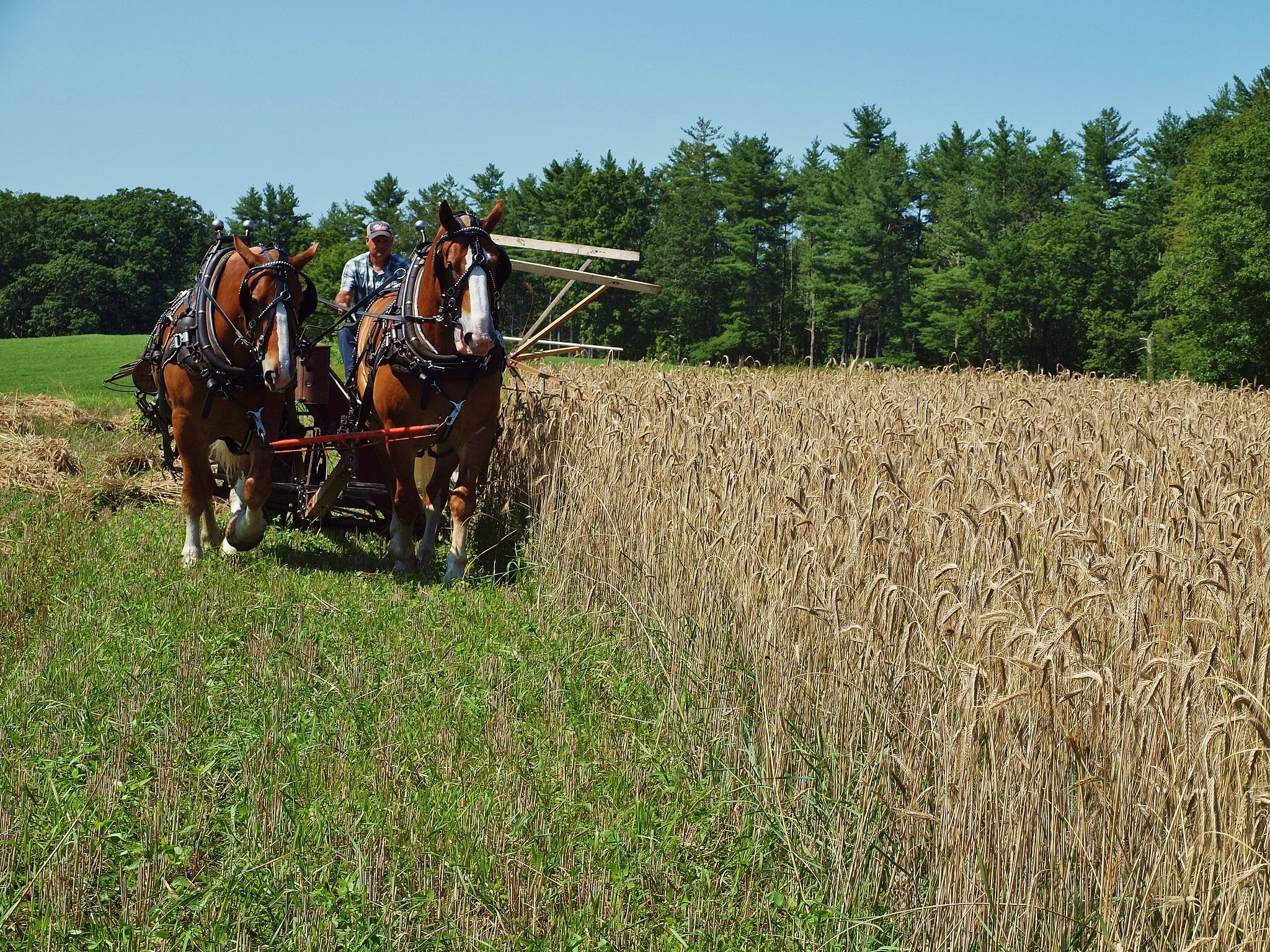 Saturday, July 24, couldn’t have been a lovelier day to take in the rye harvest at Sanborn Mills Farm. Two teams of draft horses — one team of Percherons, another team of Belgians — pulled the harvester through the rye field at the Merrill Farm on the far end of Sanborn Mills Farm. As the horses held a steady gait, the harvester scythed the rye, bundled it, then dropped the bundles in the field for later stacking. This rye will eventually be stone-ground in the Farm’s water-powered Grist Mill, then will be sold to Cold Garden Distillery in Canterbury, N.H., for distilling into rye whiskey. This whiskey will be one of the only whiskeys made in the U.S., and perhaps the only such whiskey, made from locally grown stone-ground rye harvested with draft animals.

A nice crowd of Sanborn Mills Farm staff, members of the Farm’s Community Supported Agriculture program, and friends of the Farm watched the teams work their way through the field. Though the scene was very reminiscent of grain harvesting in the late 19th and early 20th centuries, the draft horses benefit from the latest veterinary technology and from up-to-date best-practices in draft animal care.

If working with draft animals, including horses and oxen, interests you, check out Sanborn Mills Farm’s schedule of draft animal workshops listed on the website. We’d love to see you!