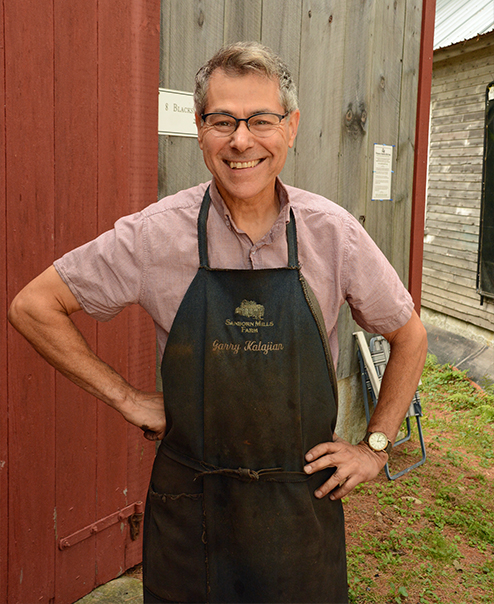 Garry Kalajian is a master blacksmith specializing in both historical and original designs. Working out of his studio, Ararat Forge, Gary creates both production work and commissions. His work is distinguished by a faithful application of traditional tools and techniques. Garry has been a resident artist at Bow Middle School and Holderness School where he is now an adjunct instructor. He has been awarded three Traditional Arts Apprenticeship Grants from the New Hampshire State Council on the Arts as a Master artist. He frequently demonstrates at public events including the League of New Hampshire Craftsmen’s annual fair at Mt. Sunapee State Park. He has led workshops across the U.S. and also in Canada and Sweden.

For more information on Garry , visit his website: www.araratforge.com