The building stood by Peter Fife’s barn on Borough Road in Canterbury, New Hampshire for the last forty years. He got it from somewhere else; we just haven’t been able to get a straight answer as to where. The frame and wall of the building are made entirely of American chestnut. With its new cedar shingle rood and trim boards, the corn crib should now be squirrel proof. The project was finished by Sanborn Mills Farm interns Aaron Swiger and Ben Lefebvre during the summer of 2007. During our annual cornhusking 100 pairs of hands can husk 2 acres worth of corn in under an hour – enough to feed our pigs for the next year. 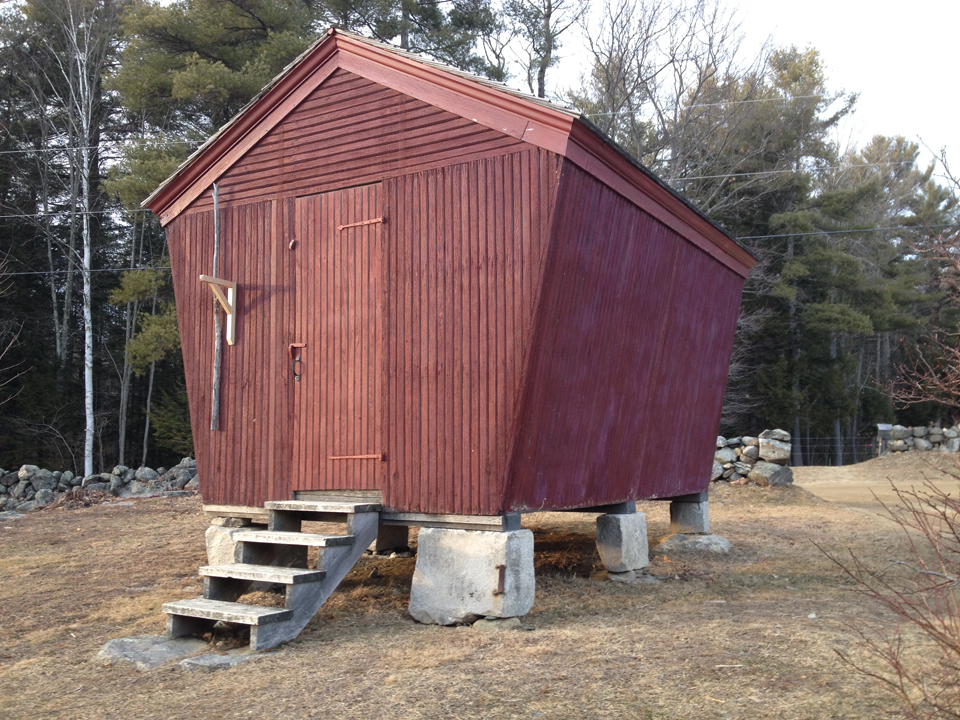