This building stood from 1806 until 1998 on Route 4 in Northwood, New Hampshire. We acquired the barn from the state of New Hampshire, which had condemned it and seized it from its former owner because of a planned lane expansion to accommodate a traffic light. Because it was in an historic district it had to be used as a farm structure in any future re-use. The barn measures 38 by 53 feet. The plates are single poles. It was disassembled during one week during the summer of 1998, and stored in a trailer and our main barn until the summer of 2003 when Sanborn Mills Farm’s first workshops built the dry laid stone foundation (on top of a four foot concrete frost wall).

During our second workshop two weeks later a crew of 35 raised the barn over one weekend in an event that became a community celebration. Later that summer the barn was sheathed and roofed by Steve Fifield and his crew from Fifield Building Removal and Restoration. The barn measures 38 by 53 feet. The plates are single poles.  The only replacement materials used in the frame are the rafter, several purlins, and a piece of the girt (chestnut) at the corner furthest from the road.

When the decision was made to use the barn for oxen workshops, it became clear that the old tie up side of the barn would not be big enough for modern animals. Using traditional timber framing techniques, a series of stalls and mangers with shaved poles and neck chains was installed on the old hay mow side of the barn, with a floor above to hold hay bales. A tool room and a milk room complete the current plan for the barn which is also the site of the farm’s annual corn husking party in October. 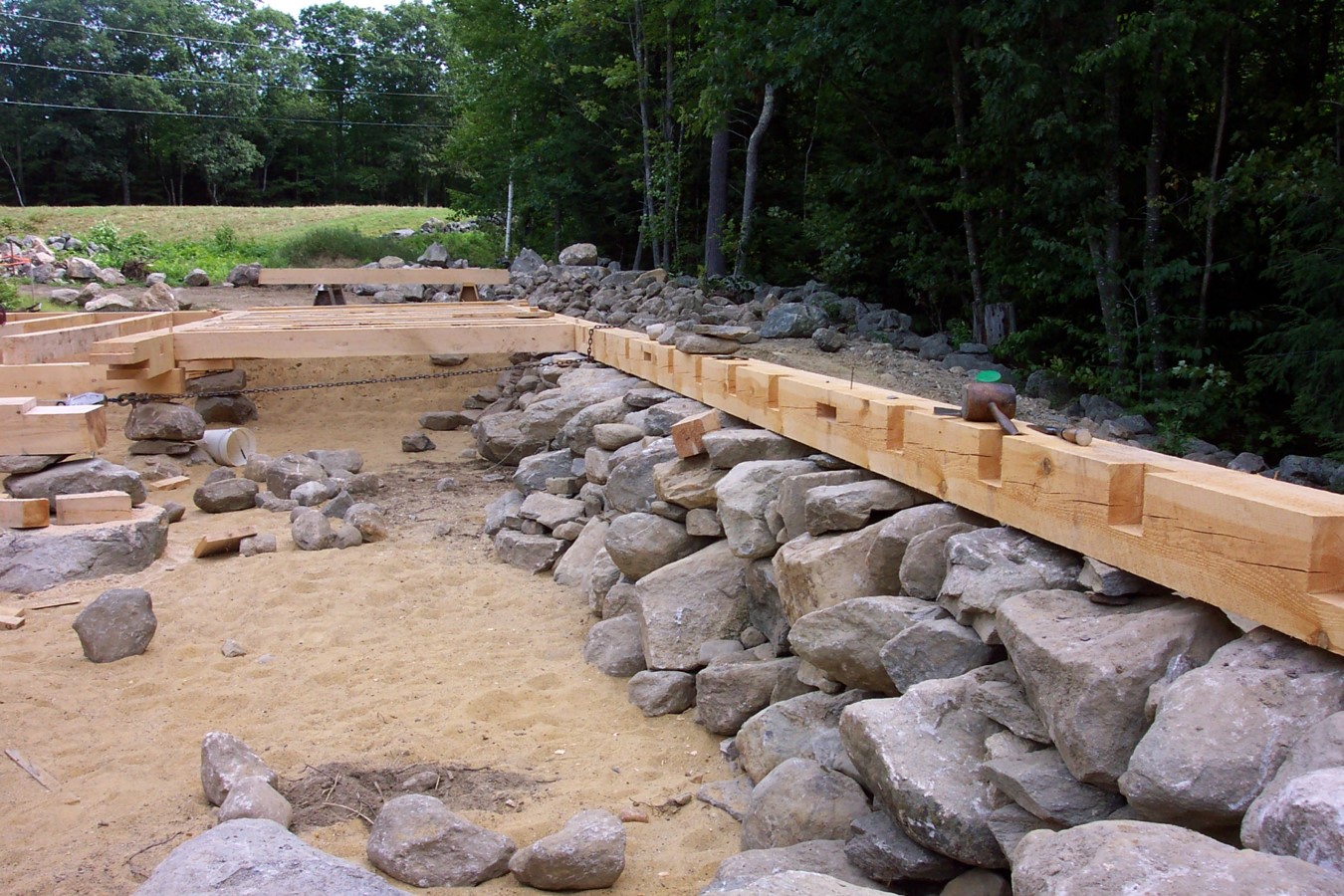 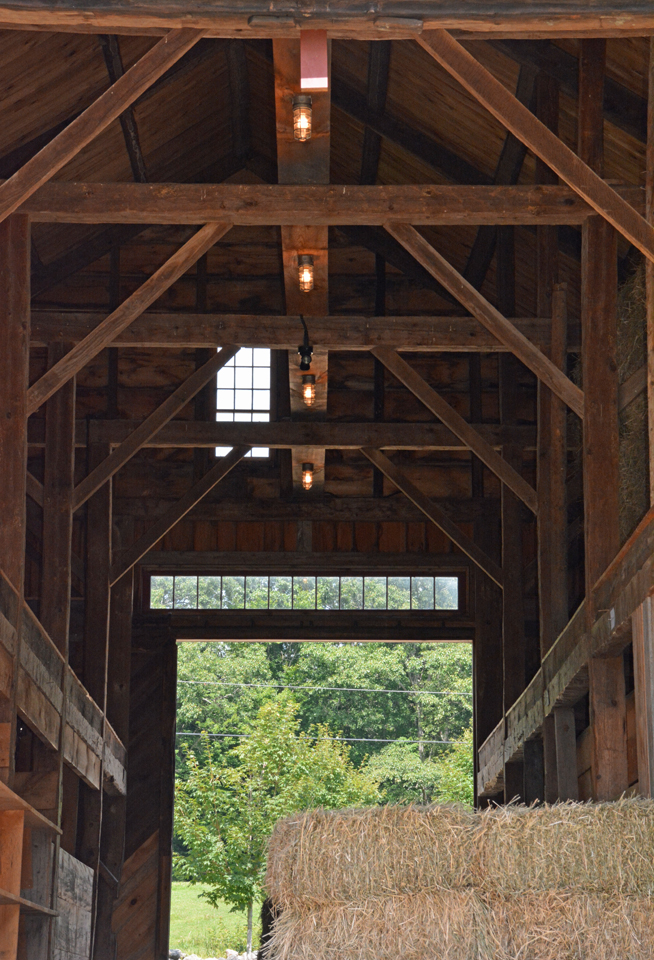