The Red House began its life as a late eighteenth century cape in the town of Edgewood on the Damariscotta River in Maine. During the Victorian era it was altered considerably. Its center chimney was removed to make a central hall and stairs and two smaller chimneys were built to accommodate stoves in the center of the parlor walls. Eventually the house was abandoned and slated for destruction as part of a fire department training exercise. Luckily a local antiques dealer succeeded in purchasing the house and was able to disassemble the frame for storage in a trailer in nearby St. Georges.

In 1998 the frame was delivered to the site where the house of Jeremiah Sanborn had stood empty since the 1920s. The original house was 15 feet wide and 40 feet long with 6 foot ceilings. (Apparently Jeremiah, a cattle driver, stood only 5 feet tall, had eleven children, and was known as “40 foot Sanborn”…) The bricks from its chimney had been salvaged for another project and the ell (which covered the well in the front yard) as well as barn across the road (which had once housed a clapboard mill) had been sold to a dealer and removed. Old hand hewn timbers and up-and-down sawn lumber were salvaged to be re-used in the new house, and the remains of the old house were buried under the current driveway. 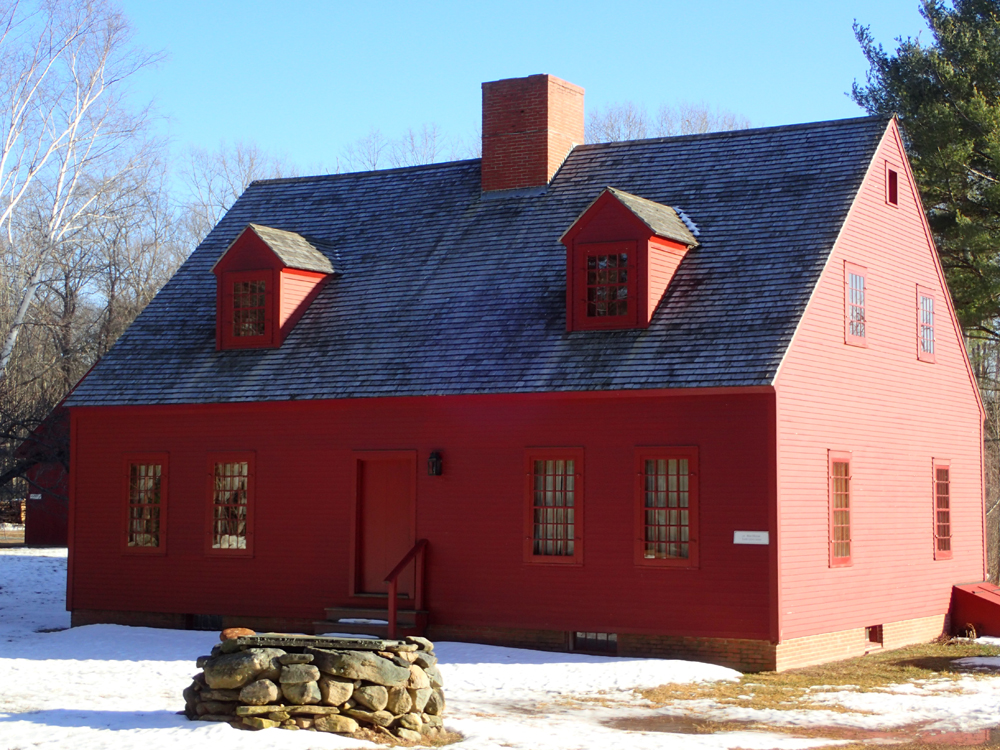 The Red House is remarkably high-posted for such an old house, the new ell is framed of hemlock grown nearby and planed on four sides in Canterbury, and the new colonial chimney has 20,000 bricks salvaged by the mason from the Pittsfield cotton mill.