According to Jim Garvin of the New Hampshire Department of Historic Resources, this barn was first erected in the 1850s. Currently it measures 86 by 48 feet. Originally it housed animals on the second floor (cows to the west and sheep to the east) with scuttles from the tie-ups to the down-cellar manure pit below.

In the mid twentieth century a milking parlor was built in the cellar complete with stanchions, a milk room and gutter cleaners. At some point bays were added to each end of the building, and deterioration has been addressed by replacing most of the posts in the east wall with telephone poles scabbed with 2 by 12 inch cleats to the rafters and girts.

The cupola was added at some point, interfering with the old roof system which at one point involved king posts to the rafter peaks from the girts, but which was replaced by a modified queen post truss system similar to the one in the horse barn. It probably was intended to support the second floor without requiring posts in the humid cellar. It didn’t work, however, and there are now posts all over the cellar that is being repurposed as a dining facility for future educational programs. 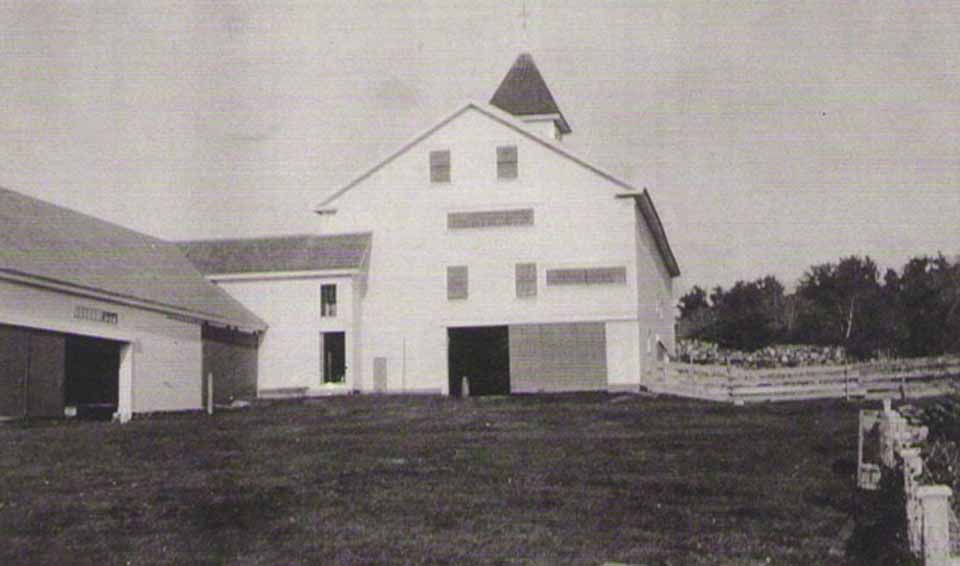 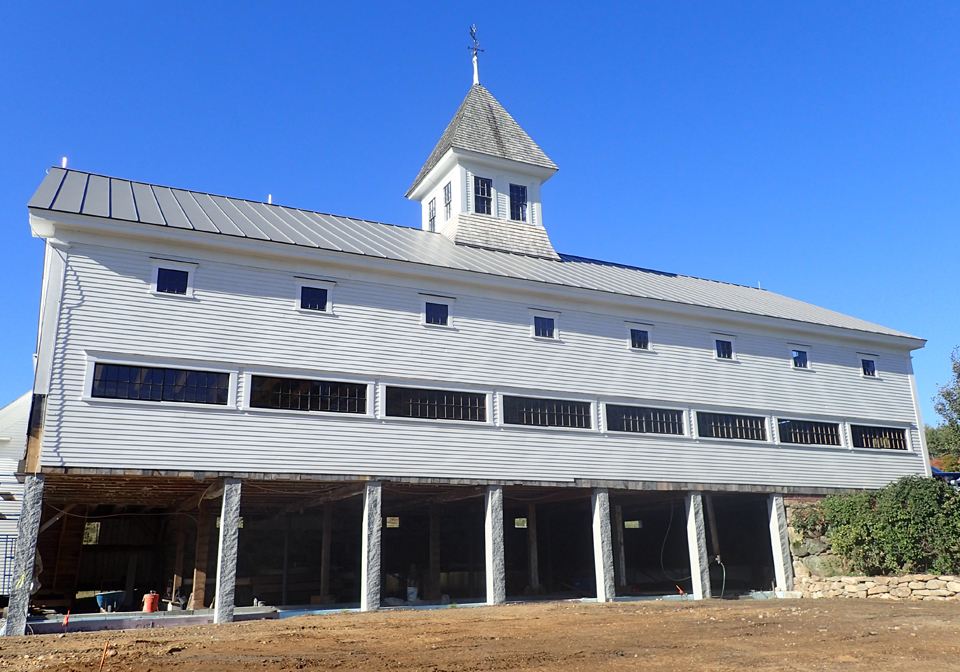 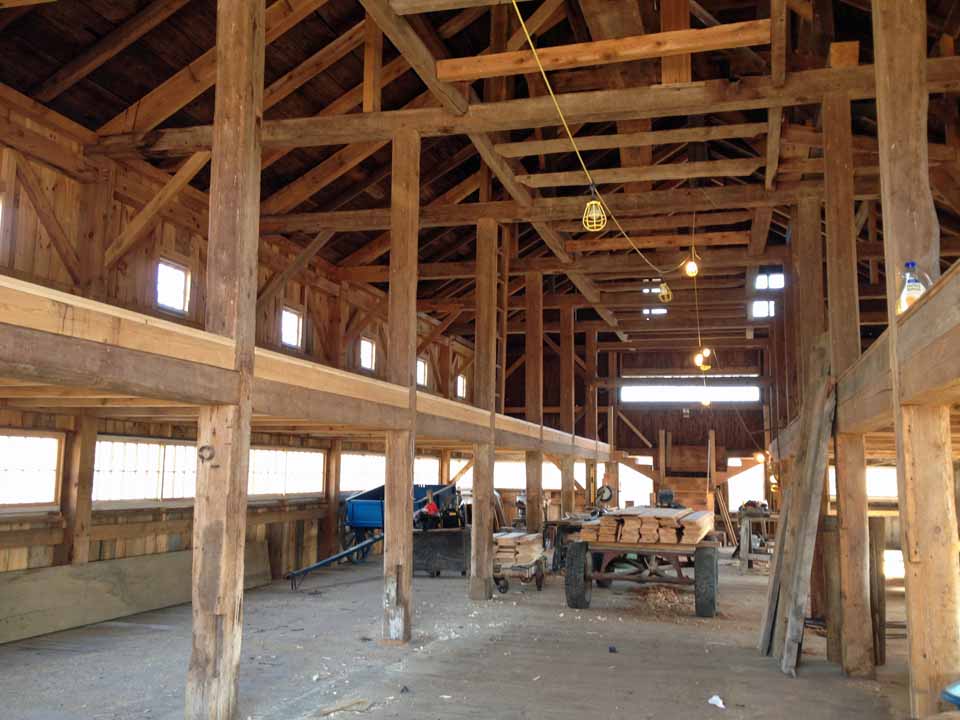