Colin and Paula have always grown food for themselves wherever they have lived. So when they moved to the Farm in 1997, they started a vegetable garden in what had been the barnyard. They had the concrete removed and tore down the derelict silos and animal pens, saving what had been a rabbit house as a chicken coop. They planted apple trees in the foundations of the former silos and eventually built a series of slightly raised beds between grass paths in a geometric pattern that can be appreciated from the workshop spaces in the Sanborn Barn above. Colin and Paula have insisted that no one else help in the garden (except for the perennial borders against the north wall and along the road and mowing the grass). They believe the exercise they get in turning the beds with added compost annually, planting seeds and starts, weeding, thinning seedlings, worrying about garden pests, and daily watering is extremely important to both physical and mental health. Ultimately, the Kitchen Garden will provide fresh herbs and greens for the kitchen and dining room that look over it. 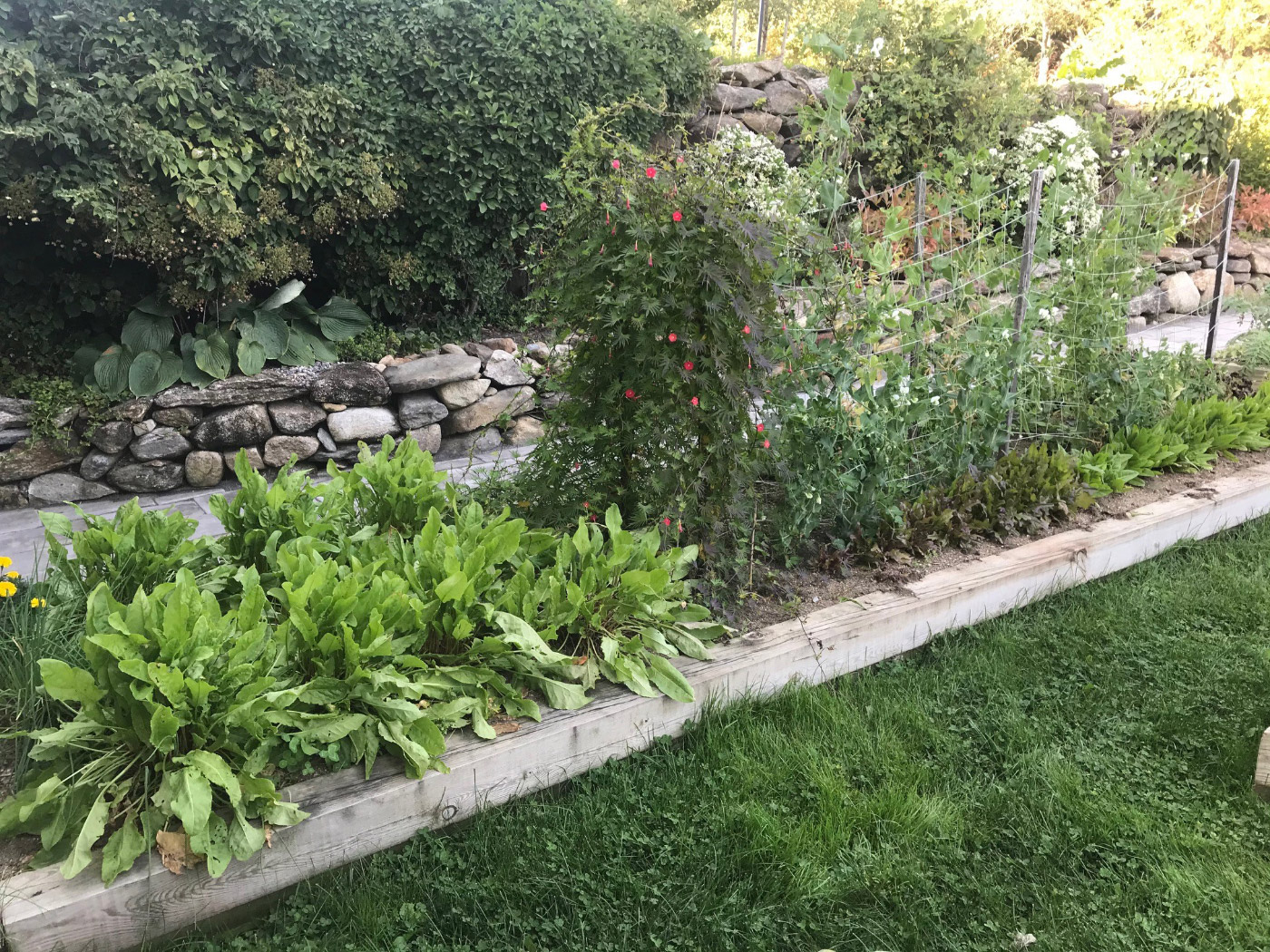